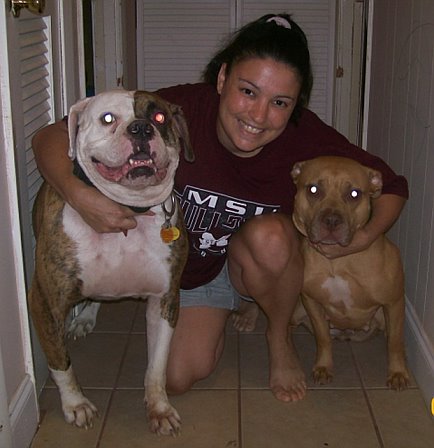 It seems like it has been such a long time since I first saw Sega’s face peering at me through the bars of his shelter run on the screen of my computer. I remember thinking “that dog has such soulful eyes”. The headline read: Please Save Sega…he dies in 2 Days! Something told me that he was very special and I had to save him. I called the number for the rescue on the plea that was screening applications for the shelter Sega was in and was told that if we were approved to adopt Sega, he would be the first adult American Bulldog ever to be allowed to leave Memphis animal shelter alive. I put in an application and found out I was approved to go and save him, just 12 hours before he was scheduled to be put to sleep.

We adopted Sega from the Memphis animal shelter 2 years ago on May 20, 2006. He was 4.5 years old, weighed only 65 pounds, Heartworm positive, and had a horrible lung infection. My husband and oldest daughter (now 17) drove 8 hours round trip to pick him up from the Memphis shelter. We brought him home, treated him for the lung infection and then the heart worms and started to give him the love of a family that he needed and deserved. Sega carries on his head and chest the many scars of battles past, but in his heart he has nothing but love for us, the people who saved him. When we brought Sega here, he did not know how to get up on the bed or the couch. He did not shake with his paw or sit when asked. He even lifted his leg in the house two times…having a family was a learning experience for Sega and having Sega has been a learning experience for us.

When Sega first met my daughter Abigail she was just over 1 year old, she was quick moving and had a squeaky high pitched voice that Sega was not too sure of. She made him uneasy and we understood we needed to take it slow if they were ever going to be friends. About 6 months after he moved in and a million goodies later, he decided it was time to make Abby his best friend and there has been no looking back. They are now virtually inseparable. They spend every day both laying on the couch together and watching TV, cuddling, sharing snacks or in Abby’s room playing games. He lets Abby set up all of her little pet shop toys on his back and play with them and occasionally he gets involved in the game by picking one up and tossing it about while Abby giggles at his antics. When Abby wants to play doctor with her pretend doctor kit, Sega is always the first one in line to volunteer for the job of patient and sits quietly while she takes his temperature and puts Band-Aids on his pretend injuries. He loves to play ball with her and he treats her with a gentle, loving nature you would never expect from such a giant of a dog. Watching the two of them together amazes me every day. Sega has recently added a new game to his list of things he likes to do with Abby, he actually plays Duck, Duck Goose. He sits in a circle with all of us while Abby walks around “Ducking” everyone and when she taps his head and says “goose” and starts to run around the circle, he chases her until she sits down and then he sits next to her and excitedly gets ready for the next round. He loves to play with his friend Abigail and it is so funny to watch the two of them together. What Sega and Abigail have is a love that everyone should experience.

Sega is now 7.5 years old and was diagnosed with many health problems this February 2009. We realized something was wrong with him when he started to limp so we took him into the vet to have tests and x-rays done. His vertebrae in his spine near his tail bone are producing extra bone causing it to fuse together. He has arthritis in his back and legs, mild hip displaysia, a chip on his back left hip, his back left knee is also producing extra bone and growing together and now, just this past week we have found that he also has arthritis and bone growth in his neck. Poor Sega has had a rough life. We are doing everything we can to keep Sega’s condition from worsening. Lot s of love, meds and a few really expensive orthopedic beds seem to be helping a bit.

Sega is the sole reason I rescue dogs today. After adopting Sega, I got back in touch with the rescue that worked on getting him out of the shelter and I now spend my days volunteering for that rescue and even fostering dogs. So it is because of Sega that many other dogs are alive today, so I guess you could really say it is Sega who saved me! 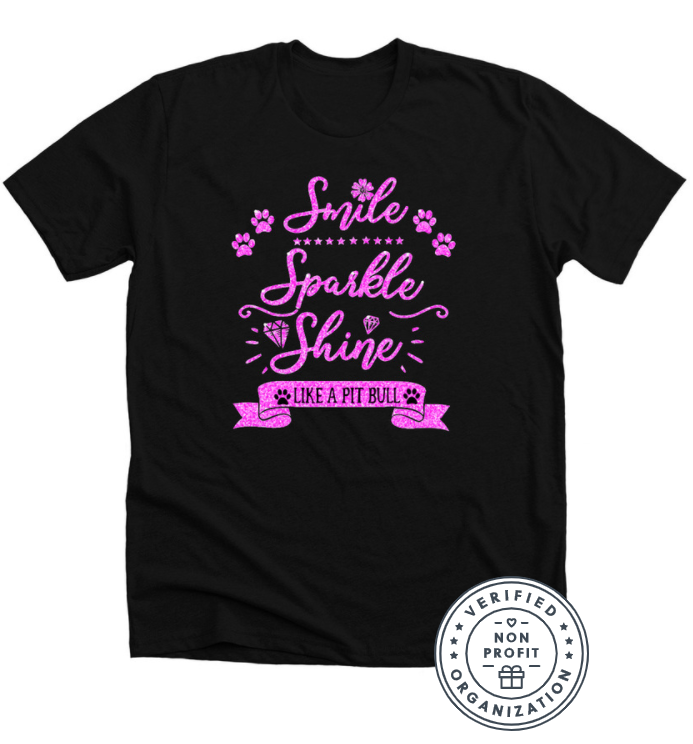